Let me tell you a little bit about my collaboration with Robin Koerts. You might have seen some clips or pics on the internet of us performing at various shows, but it’s pretty hard to get what we actually do … END_OF_DOCUMENT_TOKEN_TO_BE_REPLACED

Just a couple of days after I got back to the Netherlands for my summerbreak, Terence Blanchard was playing with his band in the Bimhuis. He invited me and Ted to come to the show. It was packed, and everybody … END_OF_DOCUMENT_TOKEN_TO_BE_REPLACED

Last January I organized a concert during the Leidse Jazz Week in the Hooglandse Kerk in the Netherlands, a big church in the center of Leiden. I really wanted to perform with Florian Weber and since he is on tour … END_OF_DOCUMENT_TOKEN_TO_BE_REPLACED

We performed a couple of the songs we have been working on this semester with Dave Gilmore and here are the recordings.

I’m especially happy with one of the recordings which is my original composition ‘the Concept of Falling’. Today I had a concert in the Outpost, in Boston. This was a concert in a series my friends organize called; four duo’s in momentum. The idea is that every concert there will be four duo’s performing that will create music on the spot, in the moment. Free music. For this concert I was asked to choose a duo partner to play with and I choose to work with Jernej Bervar, a guitarist from Slovenia that studies with me in Berklee College of music. We have been playing together, and he stayed in the Netherlands last year for a week to play some concerts with me.

When performing this experiment I used my iPad with several apps like Loopy, Moog, Synth, and Fingerjam. I must say that Jernej used his guitar to the fullest, including trying out all the weird sounds you could possibly make with a phone, your cable and your strings.

Have fun listening, but, please don’t get confused by the amazing camerawork from John Caruso 🙂 This april I was asked to sing at the Fulbright TEDx event in Washington DC. Two years ago I played some songs at their 1st one in Boston and in this little time they had grown into an enormous happening, this time held in the US Chamber of Commerce building, located on historic Lafayette Square, mere steps away from the White House’s North Lawn. Speakers present in the building’s grand Hall of Flags, named for the banners of twelve great explorers of North America that hang within it, and its the site of important addresses by US and world leaders including Jimmy Carter, Ronald Reagan, Rajiv Ghandi, Corazon Aquino, Anwar Sadat, Bill Clinton, and Barack Obama. They were expecting 500 participants and there was lifestream so that people from all over the world could join.

I got to DC on friday and went to the soundcheck. I could stay in the house of a Fulbrighter, Nicolas and it was super nice of him to host me. There was a really nice diner after the soundcheck were we could talk and find out what everybody has been working on. In general the Fulbright events are always amazing because everybody is very inspiring and connected. The next day 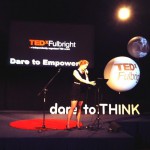 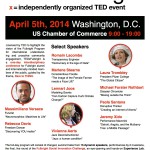 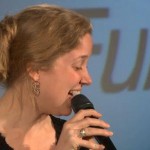 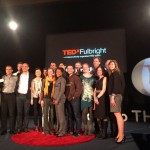 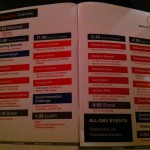 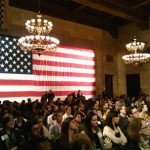 Tonight I went to Kenny Garret with my friend Gabriela. This amazing saxophonist has been in the scene for over 40 years and he played with the Duke Ellington Orchestra, Freddie Hubbard Woody Shaw, Art Blakey & the Jazz Messengers and even Miles Davis.

Kenny was presenting his latest cd ‘seeds from the underground’ in the Regatta bar in Boston. With this cd he gives a very impressionistic view on straight-ahead jazz, acoustic and honest. The titles of the songs say a lot: ‘Hey, Chick’ a reference to Chick Corea, then ‘Chucho’s Mambo’ referring to Chucho Valdez. Brother Brown, J’ouvert which is an homage to Sonny Rollins. It seems that all of Garretts favorite musicians are being honored 🙂 … The concert was amazing, and guided us through the tunes building a climax to the end. A lot of power though… There was one song Kenny started singing… and creating a beautiful, almost mystical atmosphere, the pianist was chanting together with the soprano sax improvisation… I must say; it was magic from the beginning to the end. In this little movie you get an impression.

More info on Kenny http://www.kennygarrett.com and please get his music on itunes. November 2013 I played my first gig in NYC, in the metropolitan room in Manhattan. A full hour concert with all original songs. Really exciting! I spend a lot of time working out the program, doing the marketing and preparing the show.

This opportunity arrived last year, when I went – after a long day of recording sessions – with bass player Ray Parker to a show in the Metropolitan room NYC. Annie Ross was performing. I am big fan of her, so I was really excited to see it. Ray was friends with JP the sound engineer and after the show we all had a drink. He listened to my cd – polaroid – and thought it was so nice that he told the programmer. So it happened, my first gig in NYC… I planned for November.

My wish was to play with Florian Weber who I met in NYC when he was playing a show with – Dutch trumpeter – Eric Vloeimans. Florian liked my compositions and we talked a lot about composing, lyrics and life.

Then it was finally there, that weekend I traveled to NYC, and met up with Florian for a rehearsal on Saturday and Sunday afternoon. The concert was on Sunday night and it all went well, but I must say; playing in NYC is a whole different thing. Here are the recordings 🙂

Last week I met Lee Ritenour because he was in the jury of the Montreux guitar competition. There I was with Leandro Pellegrino, my Berklee School mate, who won the competition. Lee told us that he would be in Paris … END_OF_DOCUMENT_TOKEN_TO_BE_REPLACED