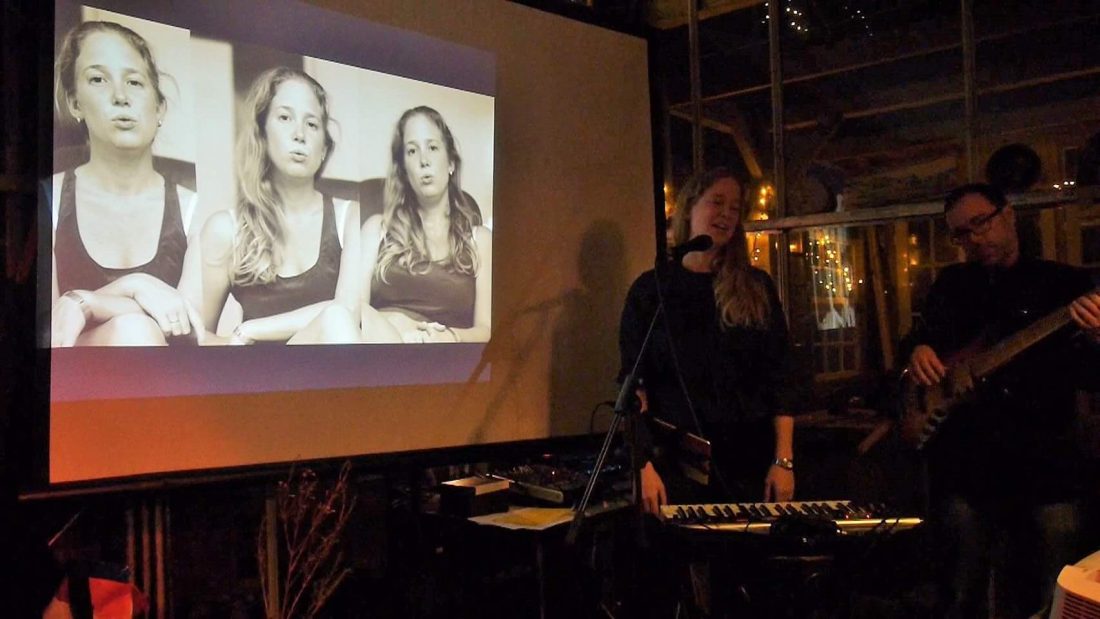 Let me tell you a little bit about my collaboration with Robin Koerts. You might have seen some clips or pics on the internet of us performing at various shows, but it’s pretty hard to get what we actually do on stage. And It’s actually one of the most inspiring things I do musically!

My collaboration with Robin Koerts is a very diverse one. Every time I try to explain what we’re doing I come to the same conclusion: you have to see and hear it, to get it. First of, you need to know that Robin Koerts is one of best bass players in the Netherlands, and definitely one of the best bass players I know. Being a huge Jaco Pastorius fan, he has this groove over him, which trickles down in everything he does. Second of all, he watches a lot of movies, like a lot. The funny thing is, in these movies he hears or sees something that has a groove or a rhythm.

And then he tends to implements that in his music. Third, he makes short musical clips for one of the best watched talkshows of The Netherlands (De Wereld Draait Door) and they’re called ‘Soundbites’. In these soundbites clips he takes a small snippet of video material of something that he recently saw in the news. It could be a politician saying a sentence or a word, a host that is sighing, piece of the news where something went wrong. He loops these snippets and lays them over each other, making a groovy, looping song out of it.

So back to the part where Robin watches a lot of movies. In these movies he hears something that he could turn into a groove. It could be a guy from ‘King of the Hill’ that says:”I don’t know if we can save this engine” or he puts all the moments when people slap each other in the face in a loop so that I becomes a drumkick. Think the same with 150 snippets of car-doors closing. The guy is a walking drum computer.

In the shows that Robin and I do, we mix his and my creations up. I sing parts of my songs and he puts parts of his songs in his loop-pedal so he can start a video of his own made face-slapping, digeredoo playing, trumpet buzzing or car-door slamming groove, whenever he wants, whatever he wants. Sometimes the base for our songs is one of his originals, and sometimes it’s one of mine. But we always leave space for improvisation. A song that starts of as one of my originals, mixed up with his “I don’t know if we can save this engine” can turn into a snippet with the Beastie Boys, me playing my Korg R3 synthesizer and looping my voice at the same time, while Robin is grooving on his electric bass guitar..

Below is a video compilation of one my shows in the Netherlands with Robin Koerts which includes a lot of cool parts that show. But it’s best to just come to one of our shows and enjoy this cool collaboration between us! See you there! 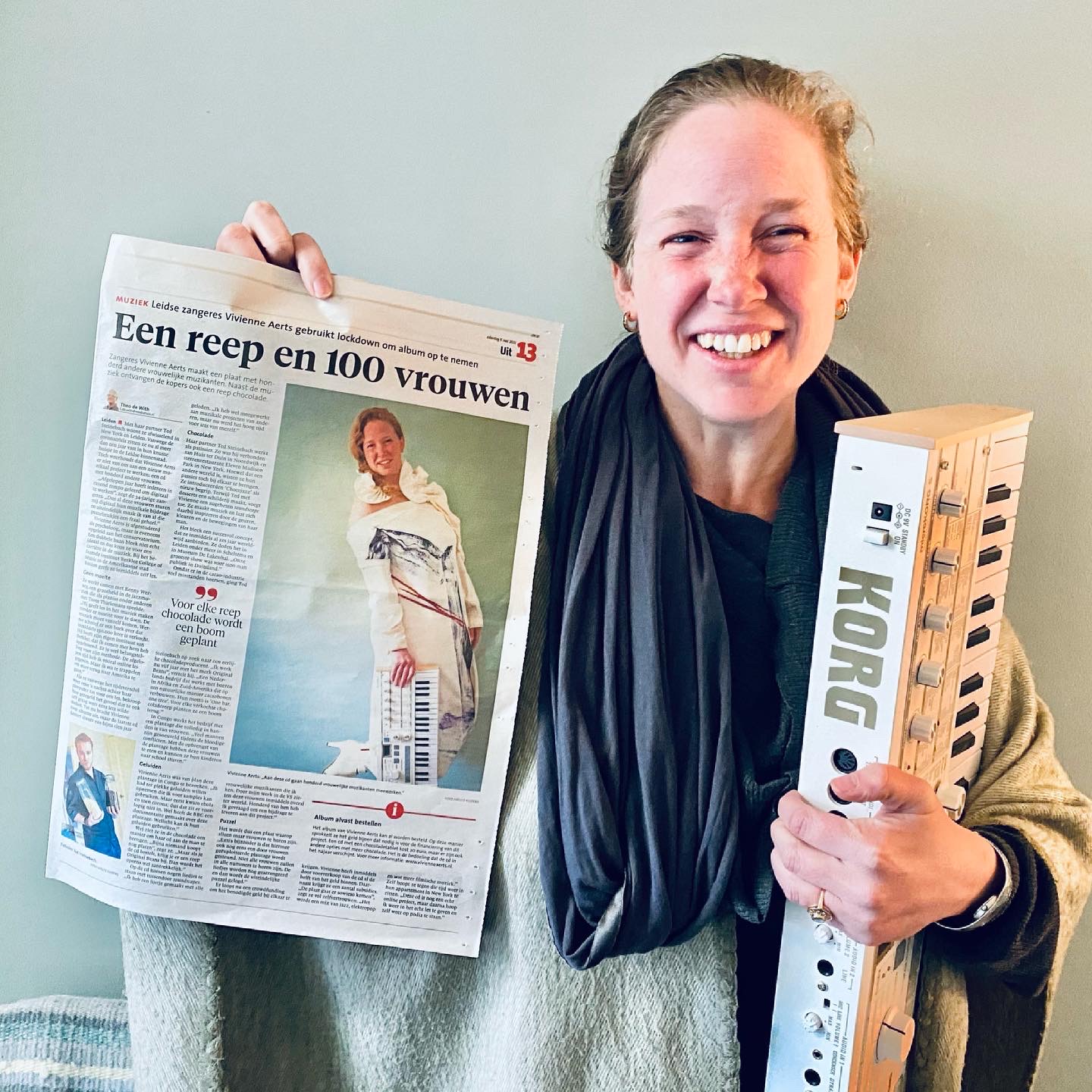 One bar and 100 women Article in Leidsch Dagblad – translated from Dutch to English, interview by Theo de With,… 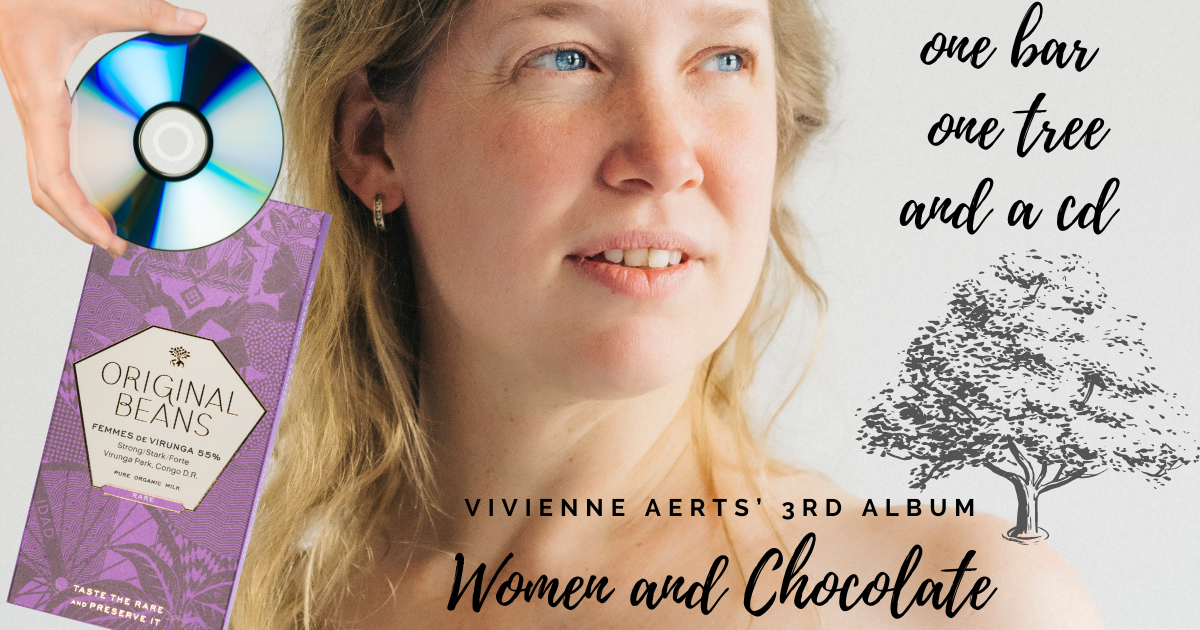 My new project: women and chocolate!

I have finally started the pre-order and crowdfunding campaign for my new album project on INDIEGOGO! And yes, you can get a lot of chocolate!! 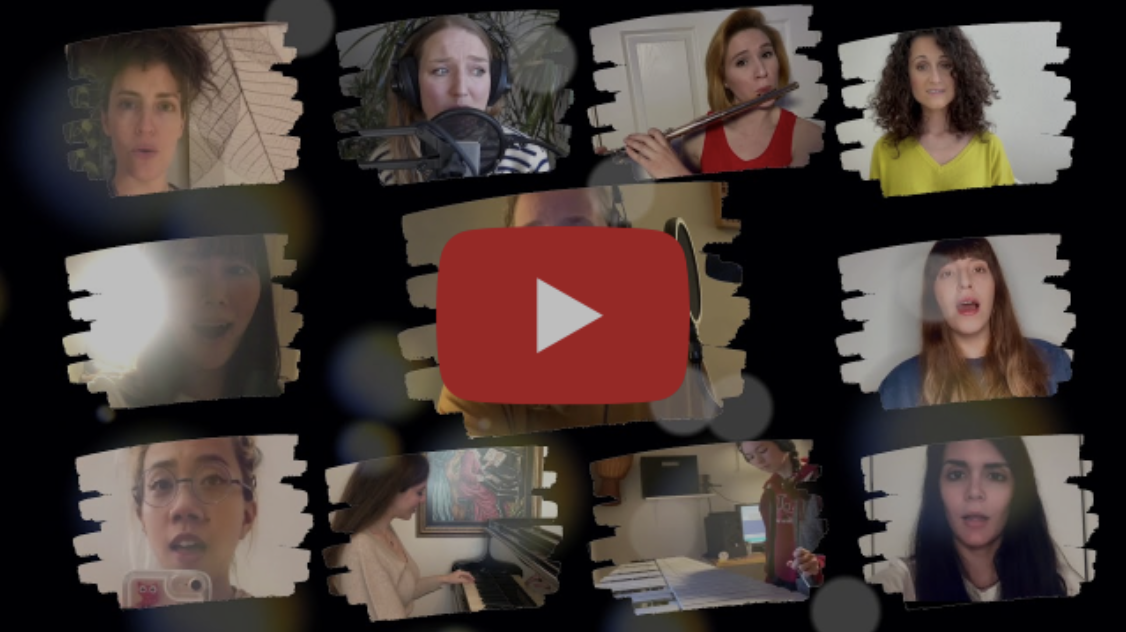 The beginning of a journey with 100 women and chocolate For starters, I wanted to put something together that features women…